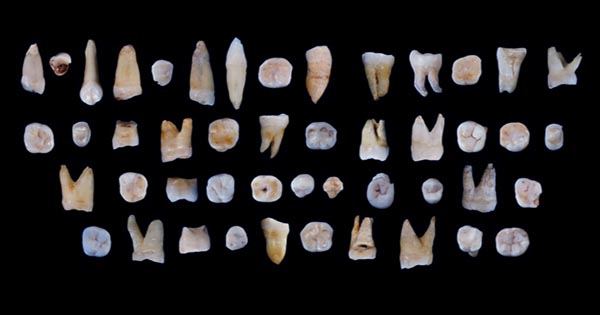 In Arabia, tools dating back 400,000 years have been discovered, representing the earliest indication of human residence there. The appearance of the tools corresponds to changes in the climate, revealing the chronology of humanity’s migration out of Africa.

The Max Plank Institute’s Dr. Huw Groucutt has been examining the Khalil Amayshan 4 location in northern Arabia. Despite the fact that the area is now an inhospitable desert, Groucutt and co-authors report in Nature that a lake has been sustained there six times in the last half-million years, with stone tools found around its edges on five of those occasions, indicating that humans were present there almost every chance they got.

Each time the tools appear, they are distinct from the previous ones, indicating a shift in culture in the meantime. Although the most recent toolmakers were most likely our own species, it is uncertain if the toolmakers were Homo Sapiens or some extinct branch of the human family. Some locations in Arabia’s very wet south-western coastal strip were populated by modern people and Neanderthals at various eras, according to evidence. Some of the Khall Amayshan occupations are also thought to have coincided with migrations that permitted new branches of humanity to dominate the world outside of Africa.

The implements are 400, 300, 200, and 55 thousand years old, according to luminescence dating, with a prolonged human presence 130-75,000 years ago. It’s the first time an Arabian site has been linked to numerous periods of habitation.

The site also contains remains of animals that lived in the same area as humans. The majority of these represent species that existed in Africa at the time, validating the theory that Arabia’s brief wet periods corresponded with northern African conditions, allowing animals and humans to expand their range in Africa. During these times, however, certain species from surrounding parts of Asia were discovered at Khall Amayshan.

As a result, it’s plausible that some tool-makers were early humans who migrated out of Africa during past migratory windows and recaptured portions of Arabia during bursts when this was possible. However, the tool-making technique in most eras resembles that of Africa at the time than that of locations to the north of the site that were more consistently livable by humans.

“Throughout history, Arabia has been considered as an empty land,” Groucutt said in a statement. “Our research demonstrates how little we know about human evolution throughout huge swaths of the globe and underscores the fact that there are still many surprises to be found.”

“Arabia has been a big barrier for human expansion out of and back into Africa,” said Natural History Museum co-author Dr. Tom White.

“Ten years ago, no dated archaeological sites greater than 10,000 years old had been reported in the three million square kilometers [nearly 1.2 million square miles] of the Arabian Peninsula,” writes Professor Robin Dennell of the University of Exeter, who was not involved in the research. We’ve discovered 85,000-year-old footprints, 190,000-year-old tools that mimic those from earlier eras, and a single finger bone since then.