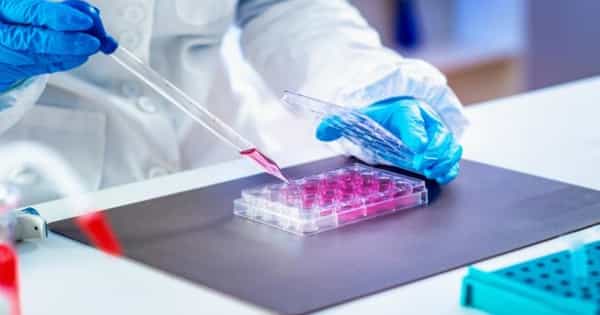 Medical science is beginning to license and use drugs and procedures that change the genetic code inside the cells of the body, and to correct the ‘bad code’ that can cause conditions such as cancer and auto-immune diseases. Because HIV is caused by a virus inserting such a piece of bad code into our genes, such therapies could be used to remove that code and effect a cure.

Scientists in the United States claim to have used HIV to create a gene therapy that cured eight infants of severe combined immunodeficiency, also known as “bubble boy” disease. The findings of the study, which was conducted at a Tennessee hospital, were published in the New England Journal of Medicine. The babies, who had little to no immune protection when they were born, now have fully functional immune systems. Babies with this disorder who are not treated must live in completely sterile conditions and usually die as infants. The gene therapy procedure entailed harvesting the babies’ bone marrow and correcting the genetic defect in their DNA shortly after birth.

An experimental treatment gives kids with the genetic condition Severe Combined Immunodeficiency Syndrome (SCID), better known as “bubble baby disease,” a chance to go about life without the risk of constant infection and sickness.

David Vetter’s case is perhaps the most well-known example of severe combined immunodeficiency (SCID), a disease that rendered him unable to interact with the outside world outside of a plastic chamber. Vetter, nicknamed “Bubble Boy,” was born with the disease in 1971 and died at the age of 12 after a failed bone marrow transplant.

SCID is caused by a wide range of genetic mutations that effectively disable a patient’s immune system. That makes common pathogens lethal to them, and children with the condition are constantly on antibiotics to try to manage the disease, which otherwise kills within a year or two of birth, according to the Associated Press.

However, antibiotics are only a temporary solution; instead, researchers at the University of California, Los Angeles decided to try to turn the immune system back on. In doing so, they discovered a seemingly counterintuitive trick: they turned HIV, the virus that causes AIDS, into a delivery system that assisted in ferrying a healthier version of the relevant genes and replacing the mutated ones.

And it appears to work — according to a study published Tuesday in the New England Journal of Medicine, all 50 children who received the experimental treatment are still alive and appear healthy years later.

“People ask if it’s a cure. Who knows how long these children will live, but at least for the next three years, they are doing well,” Stephen Gottschalk of St Jude Children’s Research Hospital, who did not contribute to the new study but has worked on similar projects in the past, told the Associated Press. “The immune function appears to be stable over time, which I think is very, very encouraging.”

“Cure” is often considered a loaded term, especially when discussing experimental treatments that have not yet seen widespread use, but the limited study and 50 preliminary success stories provide a reason to believe that gene-editing technology may be able to manage a notoriously dangerous disease in the future.

The best treatment for SCID-XI at the moment is a bone marrow transplant from a tissue-matched sibling donor. However, more than 80% of these patients, according to St Jude, lack such donors and must rely on blood stem cells from other donors.

This method is less likely to cure bubble boy disease and is more likely to result in serious side effects as a result of treatment. Previous advances in gene therapy offered alternatives to bone marrow transplants, but these treatments often included chemotherapy and had implications for a variety of other diseases, including blood disorders, sickle cell anaemia and thalassemia, and metabolic syndrome.