Home Other What is Stereophonic Sound? 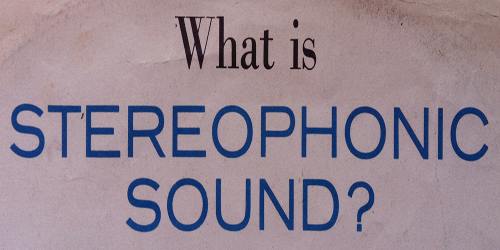 Stereophonic sound systems, tools for sound recording and reproduction that use two or more independent channels. Separate speakers are used in recording and reproducing individual microphones; They are arranged to make sense of the acoustics of the recording-hall and the location of the instrument in an orchestra. Stereophonic sound or, more commonly, stereo, is a method of sound reproduction that creates an illusion of multi-dimensional auditory vision. This is typically achieved by using two or more standalone audio channels through the configuration of two or more loudspeakers (or stereo headphones) to create the impression of sound heard in different directions, such as natural hearing. Magnetic tracks did not produce a clean sound like conventional optical audio tracks, and they tended to fade over time, but they took up little space in the film. It is mostly used in CDs, radio programs, movies, television shows, and music downloads. It refers to the use of two or more recordings simultaneously to achieve a more realistic and pleasing sound.

The first commercial motion picture with stereophonic sound was Walt Disney’s Fantasia (movie) (1940). In the mid-1950s, the term multichannel was common for big-budget Hollywood motion pictures. So the term “stereophonic” applies to the so-called “quadrilateral” and “surround sound” systems, as well as the more general two-channel, two-speaker systems. This is often contrasted with the monophonic or “mono” sounds, where audio can be heard coming from one position, often in front of the sound field.