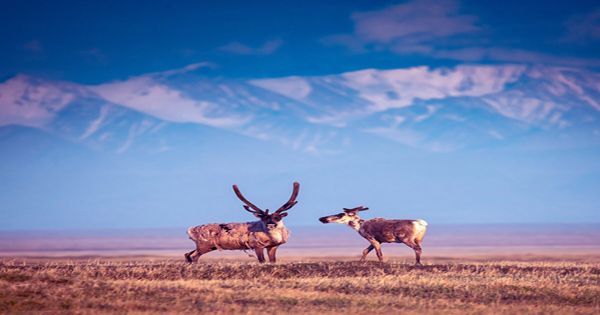 On April 8, U.S. Secretary of the Interior David L. Barnhart announced plans to introduce “new and expanded hunting and fishing opportunities” in 9 national wildlife sanctuaries and nine national fish hatcheries on more than 977 million acres of public land,  Described as the “single largest expansion of hunting and fishing land” in U.S. history.

The Trump administration has announced huge plans to open up more wildlife repatriation to victims, saying they will be a “way to celebrate” when the Covid-19 lockdown ends later this year.  While praised by hunting lobby groups, some conservation and science groups have criticized the ongoing Covid-19 outbreak in the United States as “deaf-mute.”

The proposal will open a variety of wildlife shelters for bears, bobcats, badgers, elk, foxes, ringtails, cats, and mountain lions. This will allow for greater game hunting in multiple locations in the wildlife sanctuaries of Texas, Georgia, and South Carolina.

Aurelia Skip, director of the US Fish and Wildlife Service, said in a statement, “Once the Trump administration’s efforts to address the Covid-19 threat have been successful, there can be no better way to celebrate than to enjoy and enjoy extra access to hunting and fishing on our public lands.”

An advocacy group for the protection of public land has criticized the announcement, arguing that many of the Trump administration’s previous decisions to control the environment have damaged public land, a hunting group linked to the Trump administration and the Trump family, Safari Club International, praised the move in an official press release. However, not everyone was happy to hear this news, Western standard project.

Associated Press told that “Instead of responding to appeals from state and local officials for the necessary resources, assistance and assistance during this generation of epidemics, Secretary Bernhardt made a deaf-mute declaration that there is no way hunting can be achieved and that wildlife cannot be lost. Land and environmental protection end, “said Jason O’Neill, director of the Western Value Project. Similarly, others have questioned the administration’s assertion that the decision would benefit wildlife and public land health.

Jacob Carter, a scientist at the Center for Science and Democracy at the Union of Concerned Scientists (UCS), wrote in a UCS blog post, “Instead, the draft of the proposed rule would rely on hunters to report their crops, a task that more than 0 percent of states hunters fail to do in some states.”

“This will probably put the health of protected wildlife at risk.” Carter added, “In the absence of proper monitoring systems and limited data collection, it will be challenging to fully understand the impact of unprecedented changes on these refugee games and other wildlife. Future decisions regarding wildlife conservation efforts will be based on accurate and incomplete information.”