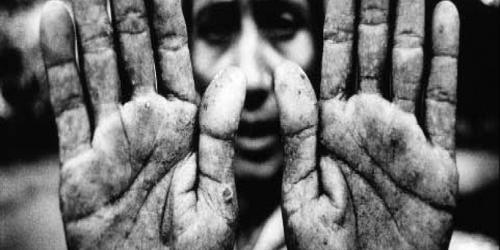 Arsenic is a natural chemical element. It is an extremely poisonous white powder. It is very harmful to the human body. It is a tasteless poisonous substance. When the presence of arsenic in water is higher than the acceptable level is called arsenic pollution. Most, unfortunately, this toxic element is found in tubewell water. The source of arsenic is tube-well water. Arsenic is a silent killer. This is a slow process of poison. People are affected by it only when they drink it. It affects in the human body.

An arsenic affected man loses his stamina to work. The people of the affected areas suffer from serious skin disease. It makes sore in the skin of palm, leg, and back. Sometimes it may cause skin cancer. Long term poisoning may also cause death. Many people have been found to be affected by it for drinking water contaminated with arsenic. It can rapidly affect and attack different cells. It can cause the skin to peel-off and rapid hair loss. The initial treatment of arsenicosis is to eat a balanced diet containing fish and vegetables. The effective treatment of arsenicosis is to take vitamins A, C, and E.

There are a number of causes of arsenic pollution. Due to some chemical reactions taking place in the underground, the metal arsenic changes into liquid arsenic and pollutes the soil. Bangladesh Atomic Energy Commission shows that the areas, where arsenic coated electric pillars are set up, are affected with arsenic. Excessive use of underground water is also another cause of arsenic pollution. The only way to get rid of it is to drink arsenic-free water. But washing hands, clothes, and bathing in this water are not injurious. As the surface water is free from arsenic, we should drink it. Sand Pond Filtration method also can be applied for pure arsenic-free water. The proper treatment of chronic arsenic-contaminated disease has not yet been found. Prevention is better than cure. Awareness about arsenic pollution should be created among people.

All the arsenic affected tube-wells should be marked with red color. As many people of rural areas are currently affected by arsenicosis by drinking arsenic-contaminated groundwater, the problem has become a matter of worry for the government. As it is a national problem, the government should think over the matter and should make conscious people prevent arsenicosis. We along with the government should try to save ourselves from the growing menace of arsenic.