Home Biology Flowers According to Presence of Bracts 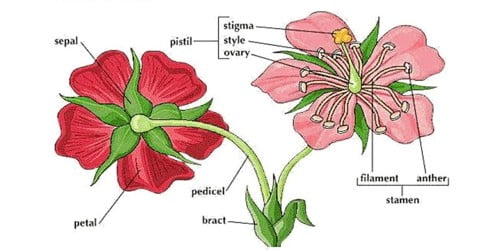 The persistence of flower subtending bracts. Bracts are specialized plant structures that serve varied functions such as attracting pollinators and protecting inflorescences or flower structures. These are modified leaves, usually differing in size, shape, and color from other leaves. It is a small leaf-like structure on the peduncle which produces a flower in its axil. Like color and smell flowers have many variations in their structure too.

The floral buds are usually protected by the bracts. Flower with a bract is described as bracteate and the flower without a bract is known as ebracteate.

According to the Presence of Bracts: 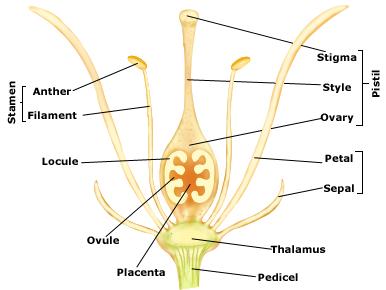 According to the position of Ovary: 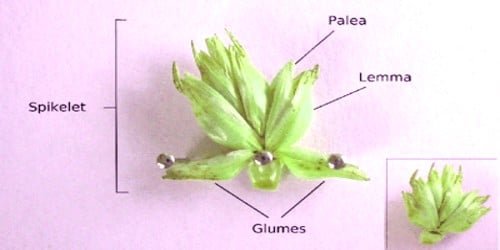 Bracts are modified into the following structures:

(b) Spathe: A largely modified bract which encloses spadix inflorescence totally or partially. These are large, thick, boat-shaped bracts called spathes cover­ing the whole or a part of a spadix inflorescence. It may be leathery or woody, e.g., Alocasia, Cocoa, Musa, and Typhonium.

(e) Epicalyx: Whorl of bracteoles present below the calyx or outside the calyx, e.g., Hibiscus rosa Sinensis and Malvaviscus arborous.

(g) Glumes: The bracts found on the rachilla of spikelet are called glumes. Each spikelet of the family Graminaceae bears as its base two scaly bracts called glumes of empty glumes. They may be sterile glumes or fertile glumes (lemma), e.g., Oryza sativa.

Describe on Functions of Stem

What is Volatile Oil?

Role of Phytochrome Pigments in Flowering