Home Biology What is Diffusion Pressure? 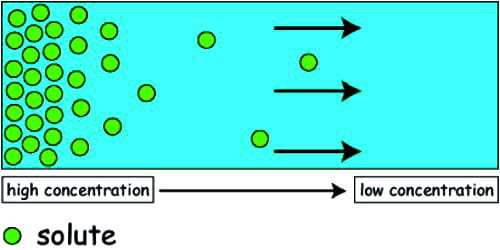 It is a hypothetical term coined by Meyer (1938) to denote the possible aptitude of the molecules or ions of any material to disseminate from an area of their higher concentration to that of their lower concentration.

With the increase of temperature diffusion usually increases. The diffusion of a material depends on temperature, atmospheric pressure, absorption of molecules of that material and deliberation of the medium.

(i) Diffusion keeps the cell walls of the interior plant tissues humid.

(ii) It is a means of spreading of ions and other substances throughout the protoplast.

(iii) Tran­spiration or loss of water in vapor forms is a diffusion procedure.

(iv) Exchange of gases between the plant interior and outside air occurs through diffusion.

Flowers According to Regularity of Organ and Symmetry