Home Biology Some Dinosaurs Wagged their Tails when Running, Just Like Humans Swing their Arms 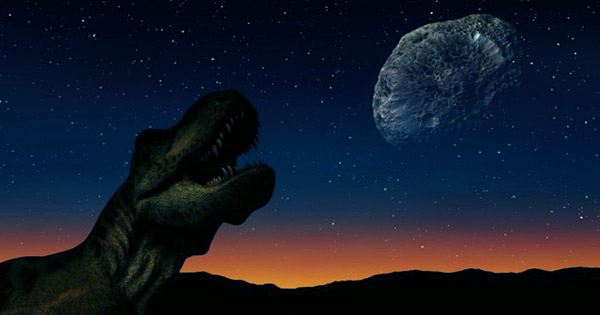 Bipedal dinosaurs’ tails were more than merely a counterweight for their heads. According to new 3D gait simulations, the tail played a more pivotal and dynamic role, swinging rhythmically as they walked and ran, similar to how humans swing their arms when moving.

The tail movement was the key regulator of the bipedal dinos’ angular momentum, according to a new study published in Science Advances. Scientists previously concluded that therapods’ huge tails served as a static balancer to keep them from tumbling over, and instead concentrated on examining their legs to learn how they moved.

This new study demonstrates that dinosaur tails are dynamic, and that they are an important aspect of their ability to walk and run. To predict how these prehistoric reptiles would have travelled across the surface of our planet, the researchers used the most advanced models available. The researchers focused on the Coelophysis bauri, a 210-million-year-old therapod that weighed about the same as a coyote and weighed about the same as a coyote. The simulations reveal that the tail was more than just a back extension of the pelvis; it was also necessary for motion.

“When I initially saw the simulation results, I was taken aback. We were able to establish that tail wagging was a technique of managing angular momentum throughout stride after running a barrage of additional simulations, including models with larger tails, lighter tails, and no tail at all,” lead author Dr Peter Bishop of Harvard University said in a statement. Previous attempts to use computers to simulate dinosaur walking gaits have been constrained by the computing capability of those systems. The equations that govern walking motion may not appear complicated, yet they are anything but.

New methods for improving these computations were crucial, and they were tested on live animals, including people. “We were working on ways for rapid computer simulations of human movements, and by integrating various new numerical techniques; we were able to make our simulations 20 times faster than earlier attempts. Dr. Antoine Falisse and Professor Friedl De Groote, co-authors, adding, “When we were invited to see if we could apply the same approaches to recreate gaits in extinct animals, we were pleased at the chance and got on board.”

If tails aren’t static, their job could be expanded beyond walking and sprinting, something the team is eager to investigate further. Dinosaur tails have been given a tiny wag in popular culture, but the simulation demonstrates that the swing shown in Jurassic Park or Walking with Dinosaurs is actually going in the opposite direction of the results displayed here. Take note, Jurassic World 3.