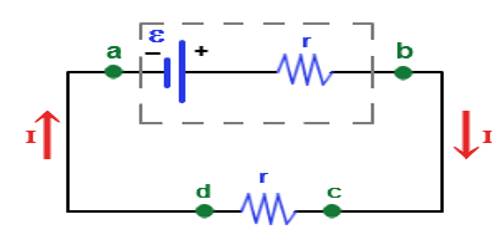 Electromotive force is a difference in potential that tends to give rise to an electric current. Energy is converted from one form to another in the generator or battery as the device does work on the electric charge being transferred within itself. It is the electric potential generated by either an electrochemical cell or a changing magnetic field.

It is also denoted as e.m.f. is the energy provided by a cell or battery per coulomb of charge passing through it, it is measured in volts (V). It is equal to the potential difference between the terminals of the cell when no current is flowing.

Unit of emf: The unit of emf electromotive force is volt (V) or Joule/ Coulomb (J/C).

What is Alpha Particle?

What is Lightning Conductor or Lightning Arrester?