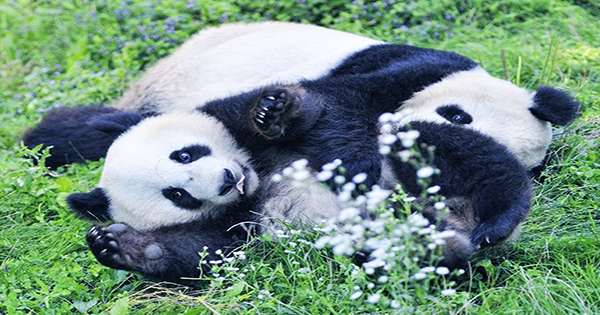 Despite consuming a somewhat low-fat diet during the shoot-eating season, pandas manage to keep their bodacious body type, Of course altering their gut microbiota. The study, which was published today in Cell Reports, explains how pandas (who are no longer endangered, yay!) not only stay plump but also even gain weight faster when they just eat shoots. Although it would seem obvious that such a diet would result in skinny pandas (a terrifying notion), these bears can continue to gain weight and store fat due to their unique gut bacteria. Phew!

The fact that the bacterial party in the gut changes with the seasons is not new knowledge; other examples include humans, notably the Hadza. As modern hunter-gatherers, their diet varies throughout the year as Tanzania’s seasonal supplies change, and what you eat has a significant impact on your gut microbiota. Scientists have been able to link the panda’s look to its changing internal environment, which is a surprising result in the case of the animal’s chronic pudginess.

In a release, first author Guangping Huang of the Chinese Academy of Sciences noted, “This is the first time we established a causal association between a panda’s gut microbiota and its phenotypic.” “We’ve known for a long time that these pandas have a different gut microbiome during the shoot-eating season, and it’s pretty evident that they’re chubbier at this time of year.” They needed panda droppings for a unique cross-species poop transplant to reach their conclusions.

Poop transplants, while they may sound nasty, are a great technique to modify the gut microbiome and are utilized in human medicine to restore a healthy gut environment (it can even cure people brewing alcohol in their bodies). The feces transplanted into mice in this case, which are far easier to analyze in the lab than 100-kilogram bears. “We can’t truly do tests on rare and vulnerable wild animals directly,” Huang added. “Through our research, we were able to develop a mouse model for future fecal transplant trials, which will aid in the study of the gut microbiota of wild animals.” During the shoot-eating season, the researchers collected feces samples and administered them to mice to examine if they changed their physiology.

Despite eating the same amount of food, mice transplanted with shoot season panda excrement developed faster and fatter than mice transplanted with season panda feces. You would think that going to such lengths to investigate panda chubbiness is pointless, but demonstrating a link between the gut microbiome and the propensity to acquire weight could have ramifications for human medicine. “A Host phenotypic and gut microbiota causal study in wild animals is just getting started,” Huang stated. “Knowing which bacteria are favorable to animals is critical since probiotics may one day be used to treat various ailments.”