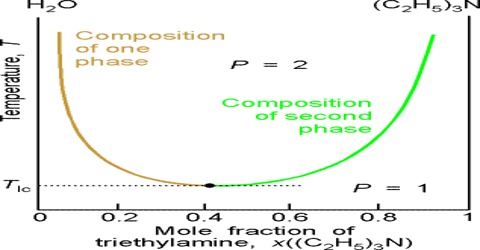 There are pairs of substances which are liquids at ordinary temperatures or whose melting points are low or are known to have limited mutual solubility within certain temperature limits. They are said to be partly miscible in the temperature limits and their solubility curves form an interesting aspect of the application of the phase rule.

Triethylamine-water: This is a two-component system where it is found that the mutual solubility decreases on raising the temperature and increases in lowering the temperature. It is colorless to pale yellow transparent liquid, with a strong smell of ammonia, slightly fuming in the air. The behavior is just the reverse of the phenol-water system. Boiling point: 89.5 ℃, relative density (water = 1): 0.70, the relative density (Air = 1): 3.48, slightly soluble in water, soluble in alcohol, ether. The aqueous solution is alkaline, flammable. 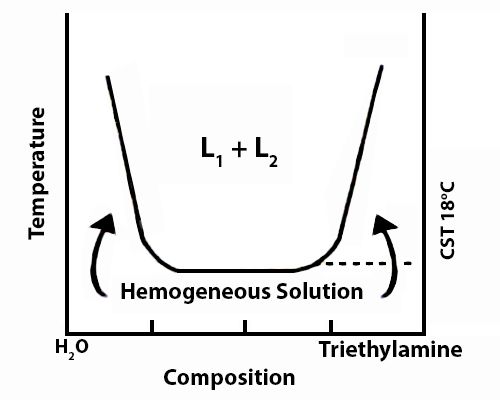 Triethylamine is mainly used in the production of quaternary ammonium compounds for textile auxiliaries and quaternary ammonium salts of dyes. Students are able to see differences in the temperature of phase separation, plus the evolving compositions and volumes of the separated phases.