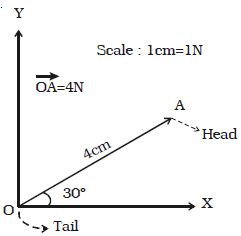 From the figure, it is clear that

(i) The scale is listed.

(ii) A line with an arrow is drawn in a specified direction.

Experiment of Surface Tension of Water by Capillary Rise Method