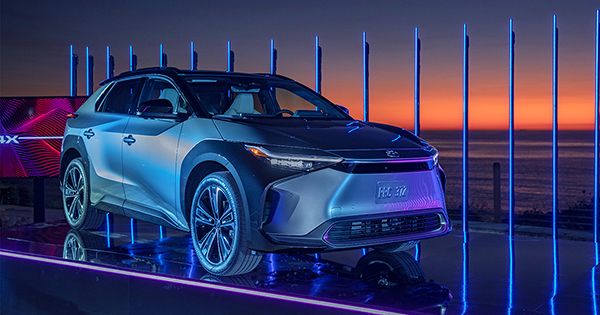 Toyota now plans to release 30 all-electric vehicles by 2030, up from 15 completely electric models by 2025. During a presentation, it delivered a taste of the future by displaying a wide selection of electric vehicle designs.

One of them is a pickup truck that might compete with Ford’s F-150 Lightning and Rivian’s R1T. The Toyota Pickup EV looks a lot like the Toyota Tacoma, as Autoblog points out. As a result, the future iteration of the pickup might have an electric alternative.

Other variants include a Sports EV and a Compact Cruiser EV inspired by the FJ Cruiser. Commercial variants, such as the Micro Box and Mid Box, are also available. Toyota demonstrated the self-driving e-Palette, which utilized to transport participants during the Summer Olympic and Paralympic Games this year. After an EV collided with a visually challenged participant, the business decided to exclude them from the Paralympics.

Toyota also unveiled a portfolio of Lexus electric vehicle designs on the top end of the spectrum. The Electrified Sport, according to the company, should be able to accelerate from 0 to 60 miles per hour in just over two seconds and have a range of roughly 435 miles. An Electrified Sedan and an Electrified SUV were also on display.

Despite the fact that Toyota has committed to spending about $70 billion on electrifying its cars, its medium-term EV predictions are modest. By 2030, it intends to sell 3.5 million electric vehicles per year, almost a third of its current car sales.

Volkswagen, on the other hand, expects half of its car sales to be electric by 2040, and the bulk of its sales in large countries to be electric by 2040. Toyota is playing catch-up with other automakers in the EV industry after becoming an early pioneer in hybrid car technology, so presenting somewhat subdued estimates should not come as a surprise.

Toyota, on the other hand, has announced intentions to establish a $1.29 billion electric vehicle battery facility in North Carolina by 2025. Last month, the business declined to join other manufacturers such as General Motors and Ford in vowing to phase out fossil fuel-powered vehicles by 2040. Lexus, on the other hand, intends to offer exclusively electric vehicles by 2035.