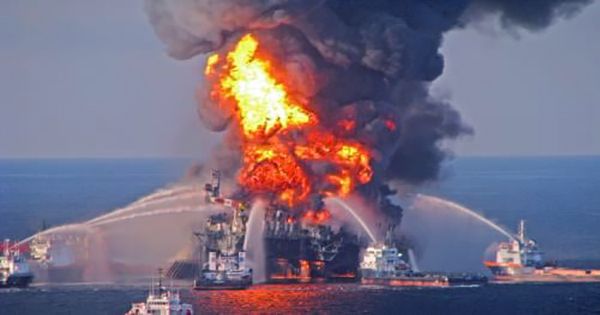 The United States is preparing to sign off the largest ever sale of oil and gas drilling leases in the Gulf of Mexico only four days after the momentous climate negotiations ended. Understandably, environmentalists are outraged, calling the leases “reckless,” “hypocritical,” and “destructive.” The US Interior Department plans to begin auctioning drilling leases for fossil fuel exploitation spanning 352,000 square kilometers (136,000 square miles) in the Gulf of Mexico on Wednesday. Over the next 50 years, it might result in the production of 1.12 billion barrels of oil and 4.42 trillion cubic feet of gas.

Don’t forget that one of the Biden administration’s top focuses is combating climate change. While the President vowed during his campaign last year to put a halt to new fossil fuel drilling on federal lands in order to reduce climate-changing emissions, progress has been glacial to say the least.

This year, the government suspended drilling auctions on federal lands and seas but lost a legal battle with the fossil fuel industry to get the sales resumed in oil-producing states. Biden has issued 3,091 additional drilling licenses on public lands at a rate of 332 per month, which is faster than the Trump administration.

“In the Gulf of Mexico, the Biden administration is putting the fuse on a gigantic carbon bomb.” In the context of the climate conference, it’s difficult to imagine a more hazardous, hypocritical conduct,” Kristen Monsell, oceans legal director at the Center for Biological Diversity, said in a statement.

“This would certainly result in more catastrophic oil spills, harmful climate pollution, and misery for Gulf Coast populations and animals.” Biden has the power to stop it, but instead, he’s siding with the fossil fuel business, exacerbating the climate crisis.”

When the new Gulf of Mexico leases were announced in August, the Center for Biological Diversity, Friends of the Earth, and other environmental and Gulf groups sued the Biden administration, claiming that the leases based on outdated environmental analysis that failed to consider new information about the numerous harms associated with offshore drilling. Biden has the executive authority to halt the extraction of fossil fuels on public lands and seas. However, it appears that dealing with the very powerful fossil fuel business will be more difficult than it appears.

“This lease sale is a huge letdown.”Based on its campaign of deception and political pressure, the Biden administration has caved into the oil industry, disregarding the increasing global disaster we confront,” Brettny Hardy, an Earthjustice attorney, said in August. “Our world can’t take much more stress from oil and gas extraction, but the Biden administration is pushing through with a lease sale that will have long-term consequences.”