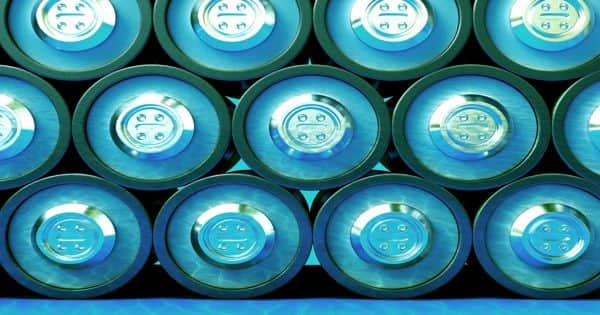 Lithium-ion batteries are vital to everyday life, from charging our computers and mobile phones to new holiday products. But there’s a safety danger – the batteries might catch fire. Zinc-based aqueous batteries prevent fire risks by using a water-based electrolyte instead of a traditional chemical solvent. Uncontrolled dendrite growth, however, limits their ability to produce the high performance and long life required for practical applications.

Rechargeable aqueous metal-ion batteries are very promising as alternative energy storage systems during the post-lithium ion era due to their intrinsic green and healthy functionality. Researchers have now announced in Nature Communications that a new 3D zinc-manganese nano-alloy anode has overcome the limitations resulting in a robust, high-performance, dendrite-free aqueous battery using seawater as an electrolyte.

Researchers have developed a new battery anode that overcomes the limitations of lithium-ion batteries and offers a stable, high-performance battery using seawater as the electrolyte.

Aqueous electrolytes have been eyed for this function because of their non-flammable nature and because, unlike non-aqueous electrolytes, they are not susceptible to moisture in the production process, making them easy to deal with and less costly. Maintaining output was the greatest challenge with this stuff.

Xiaonan Shan, a co-author of the work and Assistant Professor of Electrical and Computer Engineering at the University of Houston, said the discovery provides a promise for energy storage and other uses, including electric cars. “It provides a low-cost, high-energy-density, stable battery,” he said. “It should be used for reliable, rechargeable batteries.”

Shan and UH Ph.D. student Guangxia Feng have also developed an in situ optical visualization technique that helps them to directly observe the dynamics of anode reactions in real-time. “This platform gives us the ability to directly visualize the dynamics of electrode reactions in situ,” said Shan. “This important information provides direct evidence and visualization of reaction kinetics and helps us to understand phenomena that could not be easily accessed earlier.”

Among the numerous aqueous metal-ion batteries, aqueous zinc-ion batteries (ZIBs) have recently been widely researched due to their special and excellent advantages for large-scale power storage systems. Testing determined that the novel 3D zinc-manganese nano-alloy anode remained stable without deteriorating to a high current density (80 mA/cm2) for 1,000 hours of charging/discharge period.

The anode is the electrode that releases the current from the battery, while the electrolytes are the channel by which the ion charge passes between the cathode and the anode. Using seawater as an electrolyte rather than highly filtered water provides another way to reduce the expense of the battery.

Common anode materials used in aqueous batteries have been vulnerable to dendrites, tiny growths that may cause the battery to lose strength. Shan and his colleagues have suggested and demonstrated a technique to effectively reduce and inhibit dendrite formation in aqueous environments by regulating surface thermodynamics with zinc alloy and three-dimensional reaction kinetics.

Shan said researchers at UH and the University of Central Florida are currently studying other metal alloys, in addition to zinc-manganese alloys. Achieving this kind of efficiency, with low cost and increased protection, has practical consequences. For emerging applications such as wearable electronics, hybrid cars, and grid storage, the ability to turn the full amount of energy into a small volume becomes important.

Advanced Catalysts for the Production of Clean Hydrogen