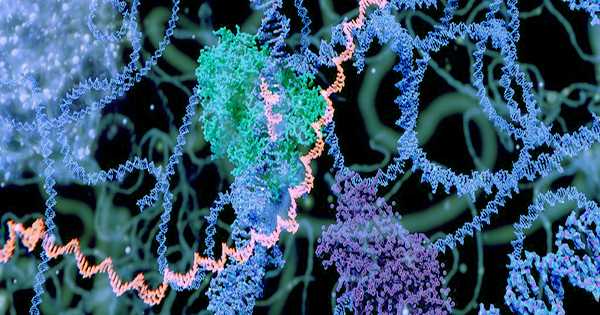 For a long time, the “RNA World” hypothesis has been widely accepted by chemists and molecular biologists as to how life evolved on Earth. First proposed by Alexander Rich in 1962, this hypothesis suggests that primitive self-transcription RNA evolved before proteins and DNA. However, recent studies have contradicted this hypothesis, suggesting that RNA and DNA may actually merge.

A new study published in the journal Chemie in Angewandte has joined the opposition, suggesting that RNA and DNA evolved from similar chemical reactions and that the first self-replicating molecules could be a DNA / RNA mixture. Associate Professor of Chemistry at Scripps Research Institute and senior author of the research. Dr. Ramanarayanan Krishnamurthy said in a statement, “This search is an important step towards the development of a detailed chemical model of how the first life forms originated on Earth.

The authors of the paper say that RNA can be very “sticky” which the first self-replicating molecule was. RNA strands replicate by a single strand serving as a complementary strand template, which is separated from the template by enzymes in existing organisms. However, it is not good to separate the RNA strands by themselves and the enzymes are proteins and therefore cannot be present in the “RNA World”. Researchers claim that “chemical” strands made of both RNA and DNA can prevent this problem by becoming less sticky.

The researchers in the study made previous studies on the formation of RNA and DNA in the prebiotic (before life) stage. These conditions do not include chemicals that occur only because of organisms, only because of organic organisms. This enables researchers to evaluate how life may be from this asymptomatic condition. This study focuses on nucleosides – RNA and DNA building blocks – in the presence of organic compounds 2-aminomidazole and Diamidophosphate (DAP).

It has been shown that deoxynucleosides (which makes DNA) reacts with these two chemicals to form short oligomers in DNA. Preliminary data indicate that the same happened for ribonucleosides, which make RNA. In a 2017 study, Krishnamurthy and colleagues showed that DNP could play a key role in modifying ribonucleosides for stringing together in the first RNA strands. It could do the same thing for DNA under similar conditions in new studies.

The author Dr. Eddy Jiménez explained, “We were surprised to find that using DAP to react with deoxynucleosides works better when the deoxynucleosides are not all the same but instead mixed with different DNA characters such as A and T, or G and C, just like real DNA.” These results could shed more light on how life on our planet has evolved, as well as its usefulness for research and industry. Many processes – such as polymerase chain reaction (PCR), used in Covid-19 testing – rely on synthetic synthesis of DNA and RNA but often on brittle enzymes. These searches can be conducted in an enzyme-free alternative manner.