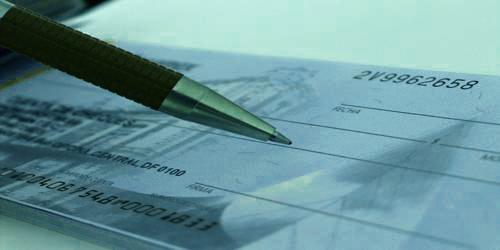 Banker responsibility when a materially altered cheque is presented for payment

Their Lordships of the Privy Council in the case of NathuLal vs GomtiKuar cited the following paragraph from the Halsbury’s Laws of England, which explains the term material alteration very succinctly:

(1) Where a promissory note, bill of exchange or cheque has been materially altered but does not appear to have been so altered, or where a cheque is presented for Payment which does not at the time of presentation appear to be crossed or to have had a crossing which has been obliterated, payment thereof by a tenor thereof at the time of payment and otherwise in due course, shall discharge such person or banker from all liability thereon; and such payment shall not be questioned by reasons of the instrument having been altered; or the cheque crossed.

(3) Any bank or a clearinghouse which receives a transmitted electronic image of a truncated cheque shall verify from the party who transmitted the image to it, that the image so transmitted to it and received by is exactly the same.

The Steps of Loan Operation