Home Technology Compete for the Title of Top ID Checkers 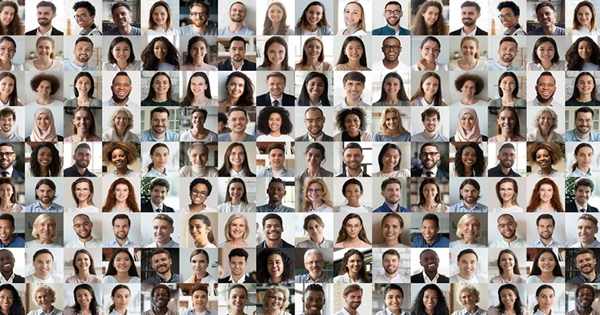 UNSW Sydney psychologists have developed a new face identification ability test that will aid in the recruitment of facial recognition experts for a variety of police and government agencies, including contact tracing. The Glasgow Face Matching Test 2 [GFMT2] is designed to identify high-performing facial recognition individuals known as super-recognizers, who have an exceptional ability to memorize and recall faces.

“Recognizing the faces of friends and family is a skill that most of us take for granted,” says Scientia Fellow Dr David White of UNSW Science’s School of Psychology. “However, comparing images of unfamiliar faces and determining whether they depict the same person is a task that most of our participants, including passport officers with years of experience, find difficult. A major discovery in our field in recent years has been that some people are far better than others at recognizing faces in photographs. This is an insight that has changed the way staff, such as passport and police officers, are recruited.”

The Glasgow Face Matching Test has been updated to find super-recognizers who can help prevent errors caused by face recognition software.

The GFMT2 test, according to the lead investigator at UNSW Sydney’s Face Research Lab, is useful for identifying super-recognizers, which have been used by the London Metropolitan Police Service in criminal investigations, most notably in the alleged poisoning of former Russian spies in Salisbury.

The GFMT2 test, an expanded version of the original Glasgow Face Matching Test that was introduced ten years ago, was published in the journal Behavior Research Methods. It was created with the help of the University of York and the Australian Passport Office.

According to Dr. White, the current test involves matching faces across changes that make face recognition difficult in real-world tasks. “When matching CCTV to mugshot images, for example, there may be changes in head angle, subject-to-camera distance, image quality, and expression,” he says. It also includes tests for people with low face recognition abilities, such as prosopagnosia, or ‘face blindness.’

The improved test comes as the federal government considers establishing a centralized database that would house photos collected by a variety of state and federal agencies, such as police charge and passport photos, immigration documents, and driver’s licenses. One of the criticisms leveled at the database proposal is that face recognition software is prone to large amounts of error, leading to wrongful arrests. “Because this technology displays close matches to a suspect on a screen, human error at that stage can have serious consequences,” Dr. White says.

However, GFMT2 super-recognizers can be used to review identity matches made by facial recognition software and help prevent false identity matches, he claims. “This new test is particularly important in this day and age, when facial recognition software is increasingly being used as a search engine in police investigation and security settings,” he says. “It is far more promising than teaching people to recognize people by their faces. According to our recent findings, current professional training courses in face identification do not improve people’s performance.”

The test will be available in a number of countries, including Australia, New Zealand, the United Kingdom, and Canada. “We’ve learned a lot from a decade of collaboration with professional groups,” says Dr. Rob Jenkins of the University of York’s School of Psychology. “The new test is in response to their specifications.” The test also allows for before and after comparisons, which can be used to evaluate the effectiveness of training and other interventions.

“Scientific understanding of face perception has made tremendous advances in the last ten years,” says Professor Mike Burton of the University of York’s School of Psychology. “With this update, we were able to incorporate new knowledge.” The GFMT2 test was created as part of an ARC Linkage Project in collaboration with UNSW Sydney and the Australian Passport Office (DFAT).