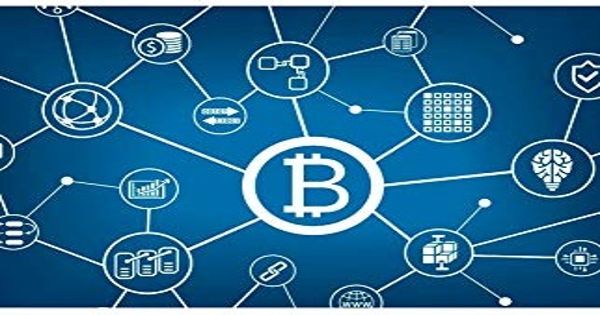 The Marshall Islands is a country of approximately 50,000 people spread across more than 1,000 islands in a remote part of the Pacific Ocean. The country is heavily reliant on cross-border finance and trade, and the system’s complexities can make it difficult for citizens to obtain certain goods and financial services efficiently.

The federal government is now attempting to be the first to issue a national digital currency based on blockchain technology. Officials hope that the move will save citizens money on transaction fees, make it easier to comply with international partners, and protect them from inflation (the currency will have a fixed supply rate).

The new currency will be built on blockchain technology developed by Silvio Micali, the Ford Professor of Engineering at MIT’s Computer Science and Artificial Intelligence Laboratory (CSAIL), and will be commercialized by Micali’s startup, Algorand. Algorand believes it has solved those problems with a novel, scalable architecture that does not forego traditional blockchain benefits such as decentralization and security.

Algorand is being used by an increasing number of people for a variety of purposes, ranging from creating carbon credit marketplaces to expediting real estate transactions and, in the case of the Marshall Islands, creating new legal tender.

When the country announced its plans, Marshall Islands Minister-in-Assistance to the President David Paul said, “The advent of blockchain technology has opened up a world of opportunity for small nations like ours.” “The Marshall Islands will finally be connected to the global financial system on its own terms by issuing a currency that is not physically embodied in cash, that can travel the globe instantly, and that is tamper-proof and completely secure.”

Micali has long been lauded for his contributions to cryptography and security. He has been a member of the MIT faculty since 1983 and received the Turing Award in 2012 with his collaborator and fellow MIT professor, Shafi Goldwasser.

Micali’s accomplishments in collaboration with others include a new way for distributed parties to agree on a value or strategy even if some of the parties are corrupt (achieving so-called byzantine agreement), and a method for parties to securely send information to each other in a way that can later be verified by the public (called verifiable random functions).

Much of Micali’s work took place before the rise of modern cryptocurrencies and the blockchain hype. In the case of verifiable random functions, Micali says he knew they’d be useful in some way but couldn’t think of what.

Despite this, Micali put off learning about blockchains for years following the creation of the first blockchain-linked cryptocurrency, Bitcoin, in 2008. He finally went into his lab one day and asked some of his graduate students to explain it to him. “I had two primary reactions,” Micali recalls. “One was that it was a wonderful idea. Two, it’s a very clumsy solution.”

A problem proposed by the founder of another blockchain, Ethereum, piqued Micali’s interest. According to the founder, blockchains can only guarantee two of the following: decentralization, security, and scalability. “The idea that something was impossible really piqued my interest, because our business in cryptography, and MIT more broadly, is to prove the impossible possible,” Micali says.

Micali also credits MIT’s ecosystem with assisting him in launching Algorand. Eight of his first ten hires came from MIT. “It’s not just the technology; it’s also the entrepreneurial spirit at MIT and the fact that we don’t back down from a challenge,” Micali says. “However, for me and Algorand, the most important source is also the most important resource at MIT: the people.”

In 2017 Micali started from scratch to build a better blockchain.

The term blockchain refers to information records stored in blocks that users can add to to form chains. Each block contains a condensed version of the previous block as well as time stamped information such as transaction data. As more blocks are added, the previous blocks become more difficult to change, resulting in a secure ledger of transactions and other data. Many public blockchains have cryptocurrencies, or digital assets, associated with them, and information about cryptocurrency transactions is stored on the blockchain ledger.

“The challenge is who should be able to append the next block of transactions to the blockchain,” Micali says. “Because if I have the ability to declare something common knowledge, I have a lot of power. Who should have that power?”

Some blockchains choose users to add and validate the next block by directing their computing power toward solving cryptographic puzzles. This method has been chastised for being inefficient and energy-intensive. Other blockchains empower users who own the corresponding cryptocurrency to validate new blocks on behalf of everyone else. Because a small number of people own the majority of many cryptocurrencies, this approach has been criticized as being too centralized.

The tokens are chosen in a microsecond process that requires little computing power. The random selection also increases the security of the blockchain by providing no clear target for hackers, allowing Algorand to solve the “trilemma” proposed by Ethereum’s founder with a scalable, secure, and decentralized blockchain.

On top of that architecture, Algorand’s community has created additional features tailored to specific functions, such as smart contracts, which can self-execute based on predefined conditions in their code, eliminating the need for central authorities and intermediaries such as lawyers in some cases.

Algorand developed a programming language called Transaction Execution Approval Language to help smart contracts execute more efficiently on its blockchain (TEAL). TEAL returns a true or false value depending on whether or not specified conditions are met, simplifying the process of creating and executing blockchain contracts.

Since then, the contracts have been used to facilitate financial transactions, create a marketplace for small gold purchases, and collect small-scale investments in startups.

Unlocking the potential of blockchain

The Italian Society of Authors and Editors was founded in 1882 as a result of artists banding together to avoid exploitation. Since its inception, much has changed, with conglomerate streaming services gaining enormous power over content such as movies and music. As a result, a complex copyright ecosystem has emerged, with publishers, lawyers, auditors, and other intermediaries reducing royalties for artists.

However, more than 100,000 artists in the organization now have their copyrights digitally represented and can trade or sell those rights on Algorand’s blockchain at publicly listed market prices. Artists can grant permission to use their songs in limited circumstances while retaining ownership of the copyrights.

“We enjoy artists, but we often don’t give them what is due to them,” Micali says.

The use case fulfills a central promise of blockchain by allowing people to exchange goods without the involvement of centralized authorities, which saves money and time. It also exemplifies what has previously been a significant source of revenue for Algorand: the tokenization of digital assets, also known as non-fungible tokens, or NFTs.

The application is also meaningful to Micali, who is pleased to see people in his home country of Italy benefit from his solution. “It demonstrates how you can reclaim control of your own information,” Micali says. “This is a significant trend because, in order to make information available, you must frequently grant the rights to your information to someone else, who then owns your information. It’s easy to say you shouldn’t do that, but technology allows us to get around it. Decentralization is the only way forward at this point.”

In Amazon Scuffle, Visa’s Loss Could be Affirm’s Gain