Home Technology China Has Already Beaten the US to Be AI Superpower, Says Ex-Pentagon Software Chief 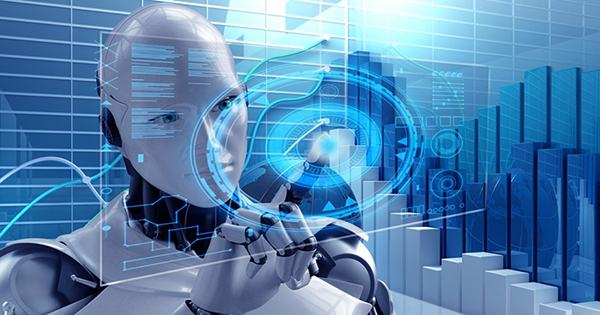 According to former Pentagon chief software officer Nicolas Chaillan, China has already surpassed the US in the artificial intelligence (AI) arms race and is paving a path to global supremacy as a result of its technological advances. “In 15 to 20 years, we will have no fighting chance against China.” In a recent interview with the Financial Times, Chaillan said, “It’s already a done deal; it’s already over in my perspective” (FT).

According to Chaillan the United States is overly focused on big-budget hardware advances, such as cutting-edge military jets, and has largely disregarded new technologies such as artificial intelligence, machine learning, and cybersecurity. He told the Financial Times that some US government departments’ cyber security was “kindergarten level.” When it comes to technology, Chaillan feels the United States has fallen behind China due to Google’s unwillingness to collaborate with the US Defense Department on AI and the ongoing arguments over AI ethics. Meanwhile, China’s big IT companies have been compelled to collaborate with the government and have forged ahead with little regard for ethics.

After serving as the first Chief Software Officer in the US Government, Chaillan just left the US Department of Defense and the Department of the Air Force. In a LinkedIn article announcing his resignation at the start of September 2021, he called the position as the “most hard and irritating” of his career. He feels that the US is failing to push forward with the essential technological innovation to preserve technological superiority, citing bureaucracy and financial issues as reasons.

“I know more clearly than ever before that our children, both in the United States and our Allies, will have little chance competing in a world where China has a severe population advantage over the United States in 20 years,” Chaillan said on LinkedIn. “If the United States can’t compete with China’s booming, hardworking population, we must win by being smarter, more efficient, and more forward-thinking through agility, quick prototyping, and innovation.” We need to get ahead of the game and take the initiative. He went on to say, “We can’t afford to be behind.”

Chaillan is not the only one who has issued warnings. China is expected to overtake the United States as the world’s AI superpower within the next decade, according to a recent report by the National Security Commission on Artificial Intelligence.

China has been showing its muscles as a scientific juggernaut in recent years, even beyond AI. China began publishing more scientific articles than the United States in 2017/2018, signaling a fundamental shift in the power balance. China declared “quantum supremacy” last year after demonstrating that the Jiuzhang photonic quantum computer can do an operation in 200 seconds that would take the finest supercomputer 2.5 billion years. China’s space program has also made some notable advances in recent years.