Home Other Control of fire by early humans 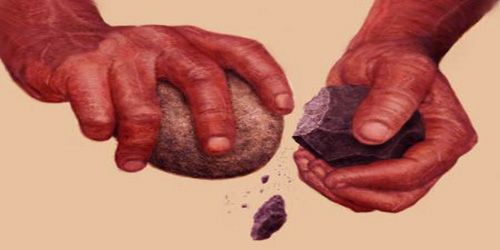 Fire control by early humans was an important turning point in human technological evolution. The fire provided warmth, protection from predators, ways to make more advanced hunting equipment, and a way to cook food. Despite the significance of lighting fires, how and where human ancestors learned to do so remains a matter of debate and speculation. Hominins – the modern man, the direct predecessor, or the long-extinct branch – have very little sensation about who first acquired the skill. These cultural advances have allowed for the geographical dispersal of people, cultural innovations, and changes in diet and behavior. Moreover, as a result of the creation of fire, human activities continue between the dark and cold periods of the evening. Cooking food was probably the most effective effect of fire. There are foods like meat and fruits that do not need to be cooked, but others such as root vegetables need to be cooked mostly.

The claim for the earliest evidence of fire control by Homo members is from 1.7 to 2.0 million years ago (Maya). The oldest unequivocal evidence found in the Kisem Cave in Israel is 300,000 to 400,000 years old, linking the first control of fire with Homo sapiens and Neanderthals. But now, an international team of archaeologists has learned what was seen as a sign of campfires millions of years ago. About 164,000 years ago, fires were regularly and regularly used to heat silicate stones for tool making purposes at the Pinnacle Point site in South Africa. Other finally-equipped researchers from Africa, Asia, and Europe also claim that human fire control began long ago – one and a half million years ago. These studies rely on evidence from open-air sites where wildfires can burn.

Among Waringham’s professional colleagues, his theory refers to skepticism, essentially suggesting that Homo erectus was ignited by a fire about 1.8 million years ago. Until recently, the earliest human societies were around 250,000 BC; Last year, the discovery of a spotted bone and primitive stone tools in a cave in South Africa temporarily pushed the time to about a million years ago, close to what Wenham’s hypothesis claimed, but still short. Evidence of the widespread control of fire by naturally modern humans dates back to about 125,000 years ago when they also used fire for light.