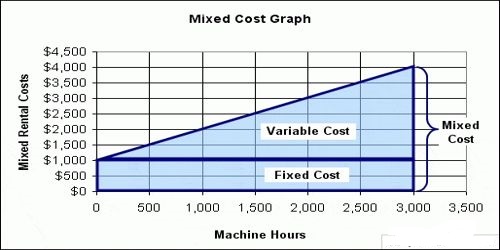 Fixed Cost: Total cost does not change with changes in the volume of activity (within a relevant range). The cost per unit will change as the number of units change. Rent, insurance, administrative salaries are examples of fixed costs. These costs do not change just because you make or sell one more unit as long as you stay within the relevant range. A common example of a fixed cost is rent. 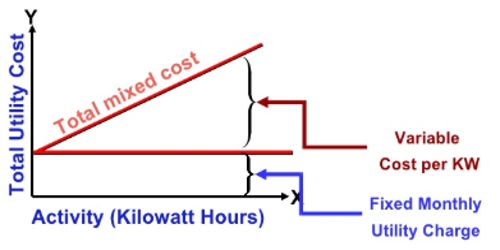 Mixed Costs (sometimes called semi-variable – A cost that has the characteristics of both variable and fixed cost is called mixed or semi-variable cost.

Distinguish between Forecasting and Budgeting