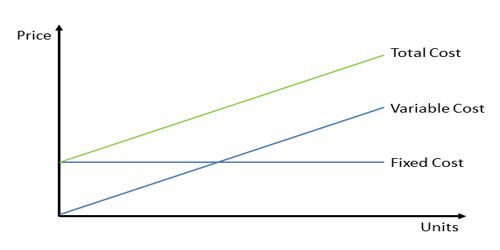 Now, I can say that a relevant cost also applies to variable costs. That is, outside a relevant cost, some variable cost, such a fuel consumed, may behave differently per unit of output measure of resources and activity. For example, the variable cost of a canning machine at Del Monte might be $5 for every hour it is used, assuming that it will be used between 30-50 hours each week. However, if it is used for more than 50 hours a week, the added were and tear might increase variable costs to $ 6 for those hours beyond 50. So, “Variable casts always relevant cost”.

How Fixed Costs create difficulties in Costing Units of products?