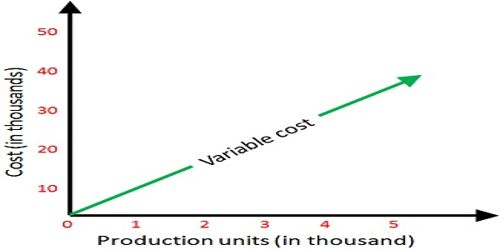 Variable Costing is a managerial accounting cost concept. Under this method, manufacturing overhead is incurred in the period that a product is produced. This addresses the issue of absorption costing that allows income to rise as production rises. Variable cost is constant if expressed on a per unit basis. Direct material, direct labor, and variable overhead are all variable costs. Costs that vary with sales, such as sales commission are variable costs. Under an absorption cost method, management can push forward costs to the next period when products are sold. This artificially inflates profits in the period of production by incurring less cost than would be incurred under a variable costing system.

Variable costing is generally not used for external reporting purposes. It is a variable cost if it costs you more if you make or sell one more. A common example of a variable cost is the direct materials cost. It enables a company to run the cost-volume-profit investigation, which is intended to expose the company’s break-even point in production by formative how many products a company must produce and sell to reach the point of profitability.

Function of a Budget Committee