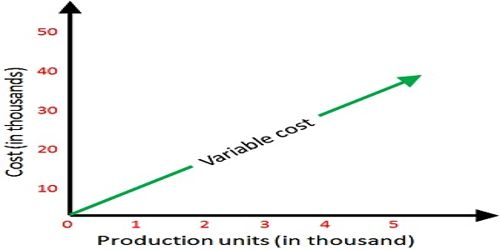 Variable cost is constant if expressed on a per unit basis. Direct material, direct labor, and variable overhead are all variable costs. Here briefly describe why the variable costing used only for internal reporting and not for external financial reporting or tax purpose.

Similar to financial accounting, managerial accounting accumulates and analyzes data to make logical economical decisions. “Variable costing” is an accounting decision-making tool that managers utilize for internal reporting purposes. As opposed to “absorption costing”, which is a system that considers all manufacturing costs for reporting purposes, many managers argue that variable costing is more effective for decision making because this method excludes fixed overhead costs of goods sold.

Increase in Profits: The fixed costs of sales and production remain the same for a given period of time. Managers who consider variable costing to sell-additional units during a specific time frame add to the company’s bottom line in sales and profits because the units do not cost the company more money to produce. Variable costing does not take into account fixed or absorption costs; therefore profits are likely to increase by the amount earned through the sale of the additional item.

Cost Control: Variable costing systems simplify the estimation of product and customer profitability. Rather than analyzing data hidden by costs that would exist, whether a unit is produced or not, variable costing allows managers to analyze data based on the actual cost of production. Understanding the actual cost of each unit allows managers to reduce variances between actual and budgeted amounts, which often mean controlled costs and higher revenues for the organization.

Accuracy: Most organizations do not produce or sell the same number of units each period. Because sales fluctuate, managers could make poor decisions based on obscured data, unless they use the most appropriate costing system. Variable costing helps managers with irregular sales patterns more accurately determine the cost of production during a given period. If sales patterns are comparable each year, for example, sales increase during the winter months and decrease during the summer months, managers can use variable costing data to approximate future costs of production.

Break-Even Analysis: Financial statements prepared under variable costing provide all the data needed for break-even analysis. a key tool in determining how much your company must sell at a certain price before it shows a manufacturing profit. The basic formula is: F(P-V) = BE, where F is the fixed costs, P is the price. V is the variable costs, and BE is the necessary sales to break even. Using the data from the example, with fixed costs of $10,000 per quarter, a $ 20 selling price and variable costs of $8, you get: $ 10,000 / ($20 – $8) = 834 units per quarter (rounded up). Because absorption-costing financial statements lump variable and fixed costs together, they can’t be used for break-even analysis.

How to measure the performance of a manager of a Profit Centre?