Home Business Does the principle of indemnity apply to life insurance? 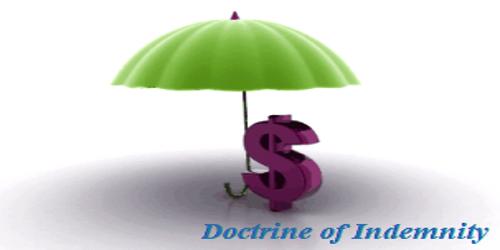 The principle of indemnity is such a principle of insurance stating that an insured may not be compensated by the insurance company in an amount exceeding the insured’s economic loss. In a contract of indemnity, selection of proper sum insured is important as this is always the limit within which indemnity will be considered. During the underwriting process, the beneficiary has to have an insurable interest in the insured’s life. That means that they will suffer a financial, emotional, or services provided loss if the insured dies.

One of the basic tenets of insurance, that the insured should not profit from a loss or damage but should be returned (as near as possible) to the same financial position that existed before the loss or damage occurred. In other words, the insured cannot recover more than his or her actual loss from the insurer. The principle of indemnity has limited application in life insurance. In life insurance, the insurance company contracts to pay a stated sum of money in the event of death without reference to the amount of financial loss. There are, however, certain exceptions to this rule, such as personal accident and life insurance policies where the policy amount is paid on an occurrence of accident or death and the question of profit does not arise. Some marine insurance policies also constitute an exception because the settlement of a total loss is based on a sum agreed upon at the time the insurance policy was written.