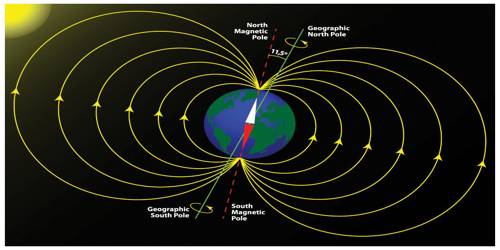 The geomagnetic poles are antipodal factors wherein the axis of a best-fitting dipole intersects the Earth’s floor. This dipole is equivalent to an effective bar magnet at the center of the Earth, and it’s far this theoretical dipole that comes nearer than some other to account for the magnetic subject located on the Earth’s floor. In contrast, the real Earth’s magnetic poles aren’t antipodal—that is, they do now not lie on a line passing via the middle of the Earth. 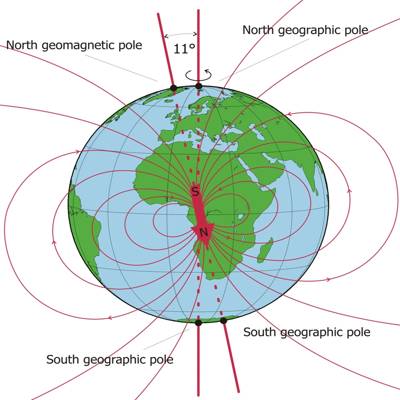 The geomagnetic poles circulate through the years due to the fact the geomagnetic area is produced by way of movement of the molten iron alloys inside the Earth’s outer middle. Over the last one hundred fifty years, the poles have moved westward at a fee of 0.05° to 0.1° in step with 12 months, with little net north or south motion.