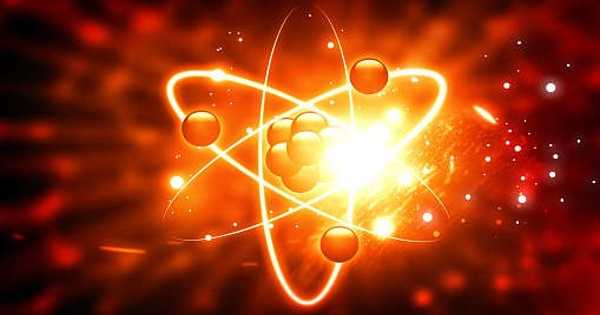 Fusion reactors have long been hailed as the “ultimate” energy source. Proponents argue that if useful commercial fusion reactors are developed, they will produce vast amounts of energy while emitting little or no radioactive waste and producing little or no plutonium byproducts that could be used in nuclear weapons. These pro-fusion advocates also claim that fusion reactors would be incapable of generating the dangerous runaway chain reactions that lead to a meltdown, which are all disadvantages of current nuclear power plant fission schemes.

Wendelstein 7-X is the world’s largest stellarator fusion device. Its goal is to look into the suitability of this type for a power plant. It will put to the test an optimized magnetic field for confining the plasma, which will be generated by a system of 50 non-planar and superconducting magnet coils, which is the device’s technical core.

The Wendelstein 7-X device is based on a Helias configuration with five field periods. It is primarily a toroid, with 50 non-planar and 20 planar superconducting magnetic coils 3.5 m high that generates a magnetic field that keeps the plasma from colliding with the reactor walls.

A team of nuclear physicists is celebrating what they say is a huge step toward a practical nuclear fusion reactor.

If scientists ever figure out how to do it, nuclear fusion could provide a plethora of clean energy — and potentially a clear path away from fossil fuels. However, re-creating the type of reaction that occurs inside stars in a controlled environment on Earth has proven difficult, to say the least. Nonetheless, research published in the journal Nature last month may represent a significant step forward. The physicists demonstrated that the Wendelstein 7-X, a nuclear fusion device in Germany, can successfully contain temperatures twice as high as the Sun’s core — and they are ecstatic.

“In a press release, study co-author and Princeton Plasma Physics Laboratory (PPPL) physicist Novimir Pablant said, “It’s really exciting news for fusion that this design has been successful.” “It clearly demonstrates that this type of optimization is possible.”

The Wendelstein 7-X is a stellarator, which is a type of plasma containment device that was developed in the 1950s but quickly fell out of favor due to its complex, twisted design, which is notoriously bad at preventing heat generated by a fusion reaction from leaking out. As a result, most facilities are developing donut-shaped tokamaks that retain heat better and have produced temperatures ten times hotter than the Sun’s core in some tests.

A practical stellarator, on the other hand, would allow scientists to avoid some of the other problems associated with tokamaks, which can struggle to stabilize the super-hot plasma that drives fusion reactions. And the team is ecstatic about the prospect.

“It’s been very exciting for us, at PPPL and all the other US collaborating institutions, to be a part of this really exciting experiment,” said David Gates, Advanced Projects Department head at PPPL, in the release. “[Pablant’s] work has been at the heart of this incredible experimental team’s effort. I am extremely grateful to our German colleagues for allowing us to participate in such a gracious manner.”

The optimized Wendelstein 7-X stellarator, which has been in operation for five years, is intended to show that stellarator-type fusion plants are suitable for power plants. The magnetic field that encloses the hot plasma and keeps it away from the vessel walls was designed with great theoretical and computational effort to avoid the drawbacks of previous stellarators. One of the most important goals was to reduce the energy losses of the plasma caused by magnetic field ripple. This is what causes plasma particles to drift outwards and become lost despite being bound to magnetic field lines.

However, by utilizing promising fusion technologies such as magnetic confinement and laser-based inertial confinement, humanity is getting much closer to overcoming this issue and achieving that breakthrough moment when the amount of energy coming out of a fusion reactor will sustainably exceed the amount going in, producing net energy. The International Thermonuclear Experimental Reactor (ITER) joint fusion experiment in France, which broke ground for its first support structures in 2010—with the first experiments on its fusion machine, or tokamak, expected to begin in 2025—is one example of a collaborative, multinational physics project in this area.