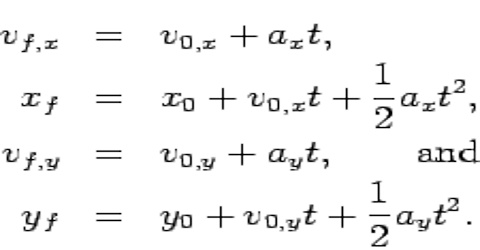 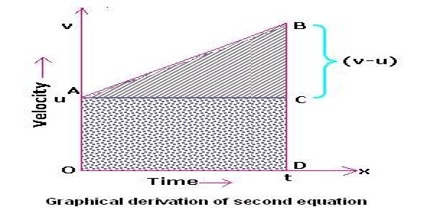 Derivation: Let an object’s velocity at time, t = 0 be represented by v0 and at a later time t, its velocity is v.

Now the change of velocity is v – v0 during a time t – 0; its average acceleration during that time is

Since the object is moving with uniform acceleration, so “a” is equal to the instantaneous acceleration “a”.

If initial velocity of the object is zero; i.e., the object starts from rest, then v0 = 0. So equation (1) become

Similarly, for motion along Y and Z-axis equation (1) reduces to,

Instead of uniform acceleration if the objects moves with uniform retardation, then “-a” should be inserted in the above equation.