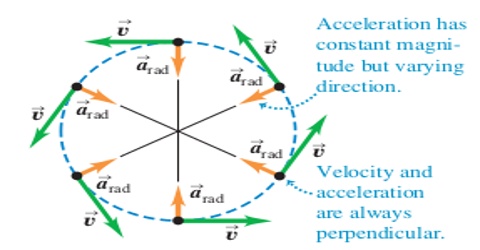 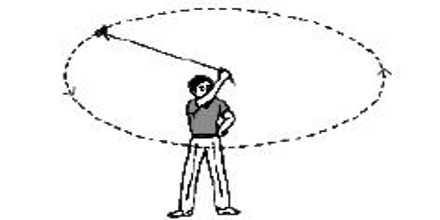 That means, if a particle rotates around a circular path at constant speed than that motion is called uniform circular motion. 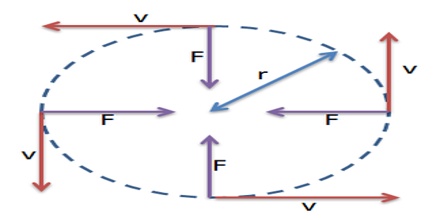 But when a body moves along the periphery of a circle in uniform speed then that motion of the body is uniform circular motion. Although the body in this motion rotates in uniform speed but direction at every point changes. Tangent drawn at any point along the periphery will be the direction of velocity of that point [Fig.(b)]. As the directions of tangents at different points are different, so the direction of velocity in all the time changes. That means velocity is also changing, thus there is acceleration. So, it can be said that a body travelling in circular path with uniform speed has acceleration.