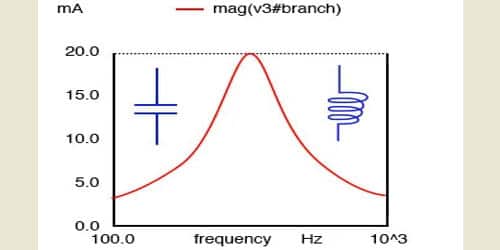 Let d be the distance between two coherent sources A and B of wavelength λ. A screen XY is placed parallel to AB at a distance D from the coherent sources. C is the midpoint of AB. O is a point on the screen equidistant from A and B. P is a point at a distance x from O, as shown in Figure. Waves from A and B meet at P in phase or out of phase depending upon the path difference between two waves. 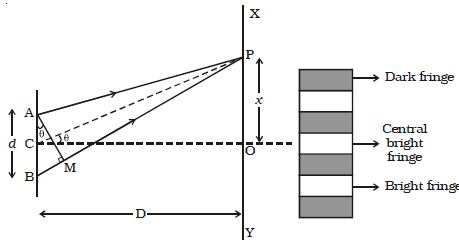 Draw AM perpendicular to BP

Resonant can be obtained in either series or parallel circuits containing three electrical characteristics namely; resistance, inductance, and capacitance. The resonant circuit below consists of a resistor, an inductor and a capacitor in series with a current meter and a voltage source. The voltage source represented by an AC symbol is also variable in frequency. Most commonly, we use one particular AC voltage: 120 volts 60 Hz, but in this case, we’re very interested in the frequency being variable so it would be some value other than 60 Hz.

How Image formed by a Convex Mirror