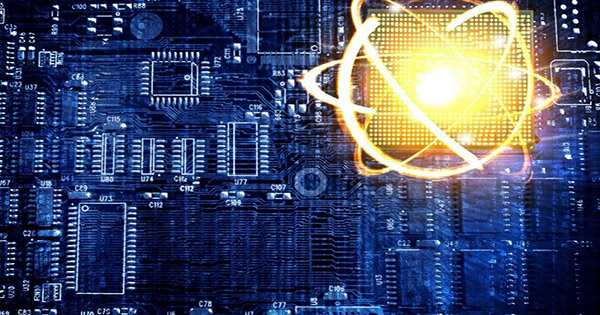 The so-called hydrogen bond, an electrical force between water molecules, keeps them together. It is also extremely important in proteins and DNA. It also provides water some of its unique characteristics. Researchers have now witnessed firsthand how it may tug molecules when they are energized by a laser.

The research was published in the journal Nature. Two hydrogen atoms and one oxygen atom are joined together by covalent bonds to form water molecules. The hydrogen bond is formed between the slightly positive hydrogen in one molecule and the oxygen in another (which is slightly negative).

To investigate it, scientists increased the energy of a molecule’s covalent bond. This resulted in increased vibrations between the oxygen and hydrogen, which influenced the water molecules nearby. Following the excitement, they were yanked in and shoved away with greater force.

In a statement, the main author Professor Jie Yang of Tsinghua University in China said, “For a long time, academics have been trying to understand the hydrogen bond network using spectroscopy techniques.” “The beauty of this experiment is that we were able to actually witness how these molecules move for the first time.”

The hydrogen bond is thought to be responsible for why water boils at such a high temperature, how ice crystals (including snowflakes) are structured, and why ice is less dense than water at the same temperature. Understanding this force’s quantum nature could disclose a lot more about this common liquid.

“Although this so-called nuclear quantum effect has been speculated to be at the heart of many of water’s unusual qualities, this experiment marks the first time it has ever been observed directly,” said co-author and Stockholm University professor Anders Nilsson.

“The question is whether this quantum effect is the missing link in theoretical theories predicting water’s unusual properties.” To be conceivable, the experiment necessitated extreme precision. The connection was contracted by 4 picometers (410-12 meters) according to the researchers. That’s about a sixth of a hydrogen atom’s diameter. This tug of war lasted 0.08 picoseconds. Extremely speedy, Dr. Kelly Gaffney, a scientist at the Stanford Pulse Institute at SLAC, noted that the hydrogen atoms’ low mass emphasizes their quantum wave-like activity.

“This is the first study to show that the hydrogen bond network’s response to an energy surge is significantly dependent on the quantum mechanical nature of how hydrogen atoms are spaced out, which has long been thought to be responsible for water’s distinctive properties and hydrogen bond network.”

The research not only provides a new window into understanding water but also allows us to gain a better knowledge of many other chemical and biological processes by figuring out how the hydrogen bond forms and evolves.