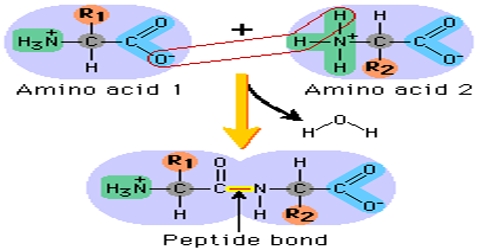 Peptide Bond: During the formation of a peptide, the amino (-NH2) group of one α – amino acid & the Carboxylic (-COOH) group of another molecule of same or different α  AA get condensed with the elimination of a water molecule. This amide linkage between two molecules of AA (-CONH-) called peptide linkage or peptide bond.

It is a chemical bond formed between two molecules when the carboxyl group of one molecule reacts with the amino group of the other molecule, releasing a molecule of water (H2O). This is a dehydration synthesis reaction and frequently occurs between amino acids. 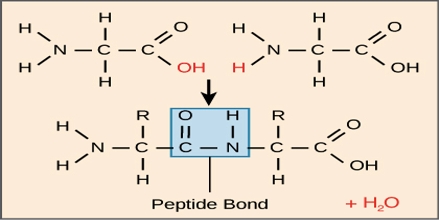 Criteria of a peptide Bond:

In a peptide bond, four atoms- N, H, C & O and two α — carbon atoms are placed in the same plane. So it is planner. The bond between the carbonyl carbon and the nitrogen has a partial double bond character, rotation around this bond is restricted.

The bond angle of carbonyl carbon and nitrogen atom is 1200.

Why does the Milk is called a Suspension?