Home Technology Importance of Media in our Modern Life 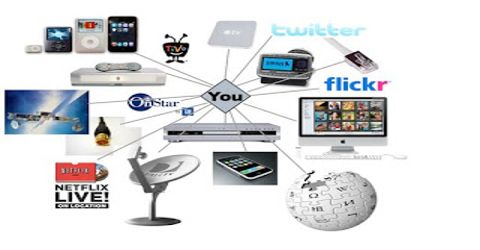 Importance of media in our modern life

Media in modern sense is the way how people are connected with the world. Undoubtedly media is playing a very influential role in our day to day life. The importance of media to now in such an extent that the world will be unmoved without media.

Television, different satellite channels, radio, newspaper, internet are regarded media operating all over the world. Through the means of media the world has come closer to everyone.

Television, satellite channels and even radio telecast provide news and information of all sorts. Because of the role of media people from anywhere of the world are getting current news of every corner of the world. Besides discussion on important social and political issues, report and analysis on trade and commerce, information about agriculture, weather and what not are shown on television that are essential to our modern life. Newly emerged F.M radios are getting popularity day by day. The role of radio is equally same as that of the television. In the field of games and sports satellite channels have brought revolution. They now telecast games and sports live which involve a lot of people of the modern world. People now need not to go to the field to watch the game. The significance of newspaper of every kind such as dailies, weeklies, monthlies and quarterlies in the present world is unquestionable. Newspaper provides all sorts of information in details like politics, economics, business, culture literature, game and sports etc. A modern man cannot think of his life without newspaper. Besides newspaper, publishes circulars and advertisements of both government and private organization and thus doing a very noble service for the people. In fact, newspaper is the easiest and cheapest source of information. One can hardly do without newspaper.

The importance of media in our modern life is boundless. But sometimes it misleads people as fake news and information come into limelight intentionally to harm someone. Newspapers and TV channels sometimes show partial news and information. Therefore, one must be very careful in receiving news.

Media is hardly separable to our modern life. With the advancement of science and technology, media is becoming very powerful as well as important.

A crypto company’s journey to Data 3.0

Sequoia Debuts Arc, a Londonsv Program to Find and Mentor Outlier Startups, Backing Each with $1M