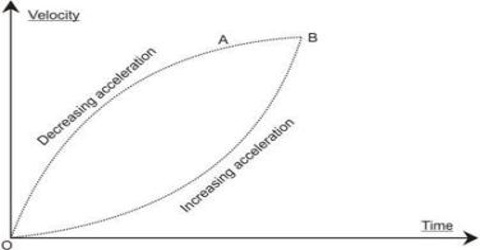 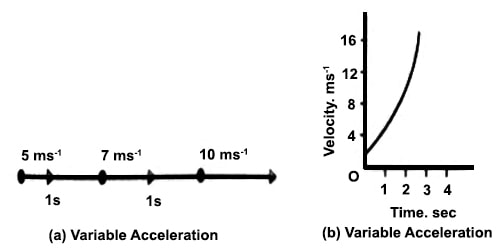 In fig. (a) and (b) variable accelerations have been shown by straight line and graph respectively. The slope is different at different points of the graph.

Dimensions of velocity are LT-1 and time is T.