Home Literature The justice of Quazi 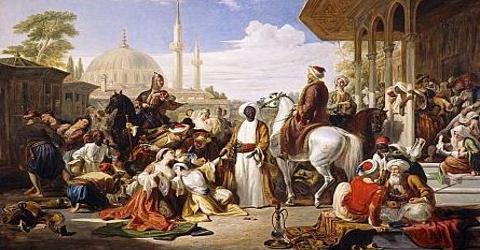 The justice of Quazi

Long ago there was a Sultan in Bengal named Giasuddin Azam. His capital was Sonargaon near Dhaka. He was a very just and kind ruler. The Sultan’s hobby was hunting. Very often he went on hunting. One day he was on hunting deer in a jungle. Aiming at jaw he shot but missed. Instead of the fawn, the arrow pierced a boy who was the only son of a widow. At this the widow was greatly shocked. She brought charge against the Sultan to the Quazi. The Quazi asked the Sultan to make the widow happy. At last quazi penalized Azam Shah and ordered the king to give the widow some valuables and some money so that the widow could live her life happily.