Home Literature Moral Story: The Old Lion and the Fox 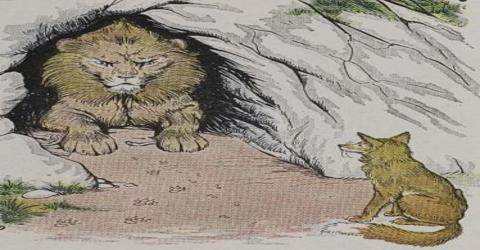 The old lion and the fox

An old lion, who was too weak to hunt or fight for his food, decided that he must get it by his wits. He looks like a noble beast who is not so well. As he let his neighbors know about his sickness, they started to pay him visits.

Many creatures visited the old lion. One day, the fox came too. But he was very cautious about visiting the old lion. Standing at a safe distance from the cave, he inquired politely about the lion s health. The lion replied that he was very ill indeed, and asked the fox to stop for a moment. But the fox very wisely stayed outside. Thanking the lion politely for the invitation he said that he was very pleased to be invited but he noticed that there were many footprints leading into the cave, but none of them came out. He then asked the lion how the visitors found their way out. 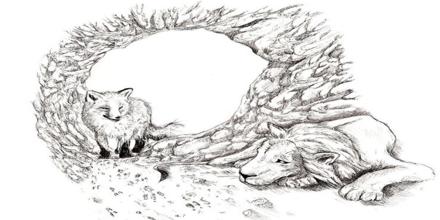 He came close enough to talk to the lion, but he did not go into the cave. “Please come right in, and feel how hot my head is,” said Lion again. “Oh no! Lion,” said the fox. “I can see many footprints going into your cave, but none come out. You are dangerous, Mr. Lion. Good bye!” And the fox ran off as fast as he could.

The lion understood that the fox had detected his trick. He got angry at the fox. He howled angrily but could not do anything as he knew he could not chase down the fox. Be wise, like the fox.

Moral: Take warning from the misfortunes of others.

Causes and Effects of Environment Pollution