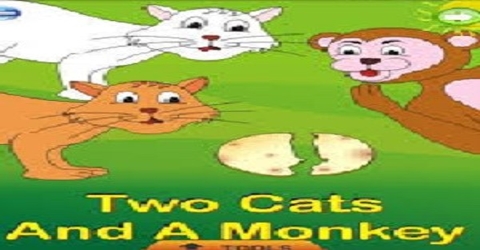 Once there lived two cats in a house. One day they stole a piece of bread from their neighboring house. But the problem arose how to divide it because each of the cats wanted the larger part. When they failed to reach any conclusion, they went to a monkey who considered to be the wisest of all the animals. They requested the money to divide the bread equally. 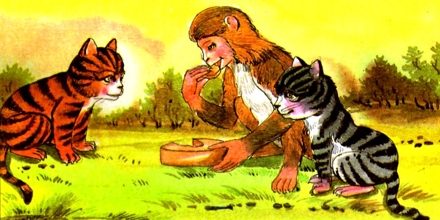 The monkey brought a pair of scales. He torn out the bread into two pieces and put them on the scales. He told the cats that one piece was clearly heavier than the other. So, he bit off a part of the bigger piece. As a result the other piece became heavier. Then the monkey took a part from the heavier piece and put it on the scales. The monkey continued doing the same thing again and again until there remained only one piece of bread. Now, the cats told the monkey to return that piece to them. They said that they themselves would divide the bread equally. But the monkey said that he toiled much to divide the bread equally. So he wanted if as his fee. Saying so the monkey ate up that piece also. The cat left the place in a very sad mood but the incident made them wise also.

A Friend in Need is a Friend Indeed