Home Literature Short Story of the Fox and the Grapes

The Fox and the Grapes

One day a fox was very hungry. He was looking about for something to eat. He found no chicken around there. The fox was passing through a jungle. He thought of eating something. After sometime he came to a vineyard laden with ripe grapes. The fox was very much delighted. He thought of satisfying his hunger with grapes. They were hanging high up. The fox stood upon his hind legs, but failed to reach them. He made several jumps upwards. He could not get at them. Again the fox took a few paces back and tried to reach them but still failed. He was very tired of hunger. He went away saying that grapes were sour.

Moral: It’s easy to despise what you cannot have. 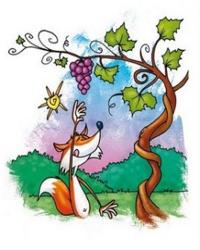 Short note on Departure of Socrates

A Little Learning is a Dangerous Thing