Dr Alfred Nobel was born on the 21st October, 1833 at Stockholm, Sweden. He was an engineer. His father Emanuel Nobel was an architect and researcher. He had ammunition business at Leningrad. In 1850 Alfred joined his -father’s company. After some years Alfred Nobel invented dynamite. He earned a lot of money from his dynamite business. He undertook a plan to give an award for encouraging the creative work. This award was named after Alfred Nobel. So, it was called the ‘Nobel Prize’. The ‘Nobel Prize’ has been being given since 1901. The prize is given every year. The award was also given for setting up a peace in the world. The prize has immortalized his name. 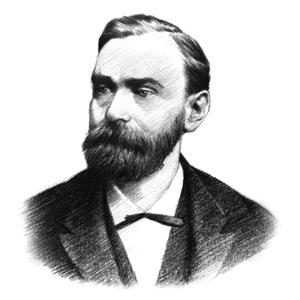 Since 1901, the Nobel Prize has been honoring men and women from all corners of the globe for outstanding achievements in physics, chemistry, physiology or medicine, literature, and for work in peace.

Known for: Invention of dynamite, Benefactor of the Nobel Prize