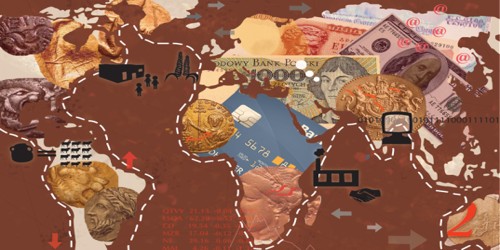 Ancient Mediterranean trading cities: prior to the Punic wars (246 to 146 BC) most business activities occurred around the Mediterranean Sea. In these great trading cities business was accorded a high place in the scheme of things. Agriculture provided the necessary items for life but business provided luxuries items which raised the standard of living. There are three importance reason ways business enjoyed a leading role in the social system of the items –

Greek business environment: Plato and Aristotle provided ideas of Greek business environment. The Greek society ruling class and landowners occupied the elite positions in the social structure. Business activities were considered degrading and anyone engaged in commerce was considered to be an inferior citizen. Merchants were not allowed to own property in the Greek city-states.

Roman business environment: The Roman scene was not greatly different from the Greek scene. Roman ruling classes shared Greek disdain for businessmen. In spite of its agricultural foundation, Roman society dedicated as it was to militarism, found it difficult to provide the necessities of life for tit popular, let’s alone any luxury items. Roman agricultural simply could not produce enough food but merchants provided food for the masses, luxuries for the elite and money for military conquests.

Objectives of the Articles of Association