Have you ever heard the name of Abraham Lincoln? He was the President of the United States of America. On the 10th November 1863, a railway train was carrying him. The train was carrying him to a place. The place is called Gettysburg. He was going there to speak at a meeting. In the tram, he was busy writing something. He was not writing on a paper, but on the back of an envelope. On the envelope, it was what he was going to say at the meeting. In fact, the speech on the envelope is now famous as “Gettysburg Address”. It is one of the finest and the shortest speeches in the English language.

The last words of the speech are “Government of the people, by the people, for the people —shall not perish from the earth.” These words tell us what the best possible way of ruling a country is. 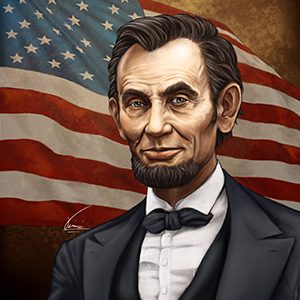