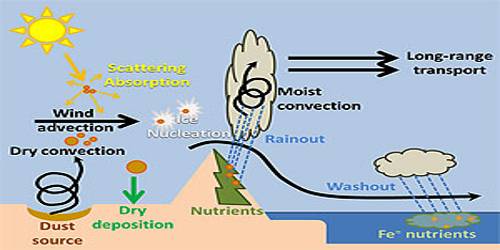 The atmosphere has a sufficient capacity to keep small solid particles, which may originate from different sources and include sea salts, fine soil, smoke-soot, ash, pollen, dust and disintegrated particles of meteors. Dust particles are generally concentrated in the lower layers of the atmosphere; yet, convectional air currents may transport them to great heights. The higher concentration of dust particles is found in subtropical and temperate regions due to dry winds in comparison to equatorial and Polar Regions. 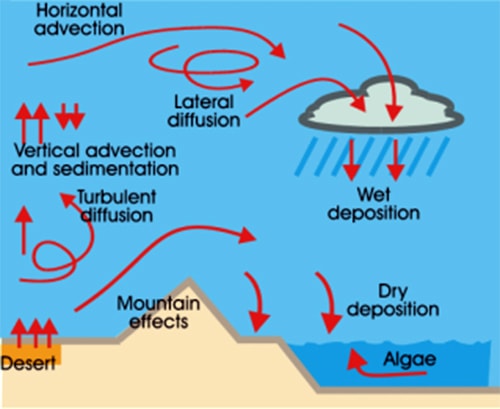 Dust and salt particles act as hygroscopic nuclei around which water vapor condenses to produce clouds. The dust found in the atmosphere is made from rock and mineral particles, pollen, sea salt, chemicals, and bacteria. These dust particles cause hazy skies and provide a surface for condensation of water vapor.