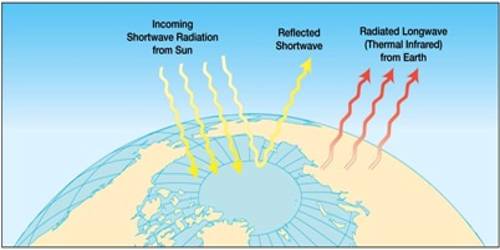 The insolation received by the earth is in short wave’s forms and heats up its surface. The earth after being heated itself becomes a radiating body and it radiates energy to the atmosphere in the long waveform. This energy heats up the atmosphere from below. This procedure is known as terrestrial radiation. It is the energy released by the Earth itself as opposed to solar radiation that it receives from the Sun. 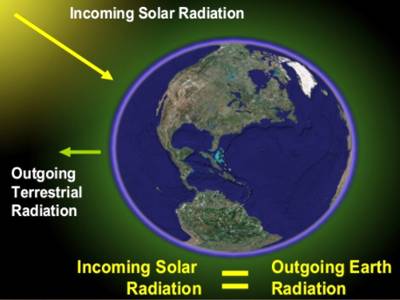