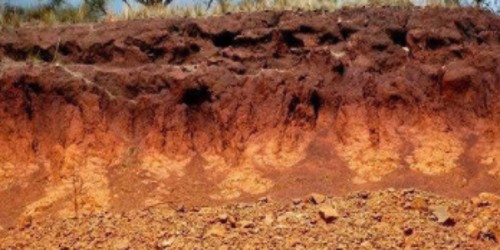 Laterite has been derived from the Latin word ‘Later’ which means brick. The laterite soils develop in areas with high temperature and high rainfall. The lateritic soils are particularly found on high flat erosion surfaces in areas of high(>200cm) and seasonal rainfall. These soils in India are not fertile at all and are not suitable for agriculture.

These are the result of intense leaching due to tropical rains. With rain, lime and silica are leached away, and soils rich in iron oxide and aluminum compound are left behind. Humus content of the soil is removed fast by bacteria that thrive well at high temperature. These soils are poor in organic matter, nitrogen, phosphate, and calcium, while iron oxide and potash are in excess. Hence, laterites are not suitable for cultivation; however, application of manures and fertilizers are required for making the soils fertile for cultivation. 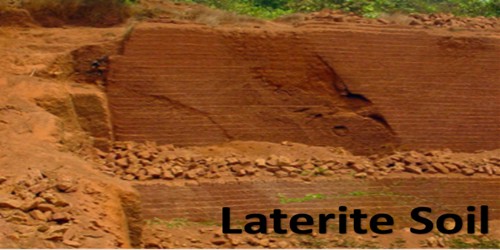 Red laterite soils in Tamil Nadu, Andhra Pradesh, and Kerala are more suitable for tree crops like a cashew nut.