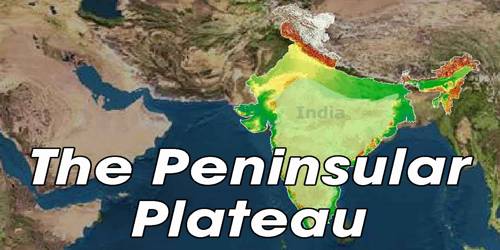 The Peninsular plateau is a tableland. It is composed of the old crystalline, igneous and metamorphic rocks. Rising from the height of 150 m above the river plains up to an elevation of 600-900 m is the irregular triangle known as the peninsular plateau. Delhi ridge in the northwest, (extension of Aravalis), the Rajmahal hills in the east, Gir range in the west, and the Cardamom hills in the south constitute the outer extent of the peninsular plateau. However, an extension of this is also seen in the northeast, in the form of Shillong and Karbi-Anglong plateau. Peninsular India is made up of a series of patland plateaus such as the Hazaribagh plateau, the Palamu plateau, the Ranchi plateau, the Malwa plateau, the Coimbatore plateau and the Karnataka plateau, etc. 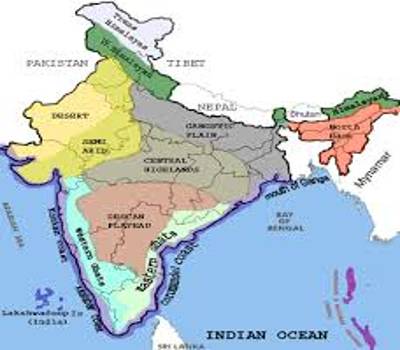 This is one of the oldest and the most stable landmass of India. The general elevation of the plateau is from the west to the cast, which is also proved by the pattern of the flow of rivers. Name some rivers of the Peninsular plateau which have their confluence in the Bay of Bengal and the Arabian sea and mention some landforms which are typical to the cast flowing rivers but are absent in the west flowing rivers. Some of the important physiographic features of this region are tors, Block Mountains, rift valleys, spurs, bare rocky structures, series of hummocky hills and wall-like quartzite dykes offering natural sites for water storage. The western and northwestern part of the plateau has an emphatic presence of black soil.

This Peninsular plateau has undergone recurrent phases of upliftment and submergence accompanied by crustal faulting and fractures. (The Bhima fault needs special mention, because of its recurrent seismic activities). These spatial variations have brought in elements of diversity in the relief of the Peninsular plateau. The northwestern part of the plateau has a complex relief of ravines and gorges. The ravines of Chambal, Bhind, and Morena are some of the well-known examples.

On the basis of the prominent relief features, the Peninsular plateau can be divided into three broad groups-

(i) The Deccan Plateau