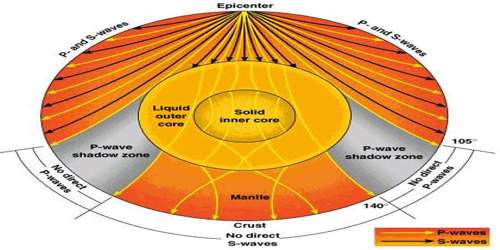 The shadow zone is the region of the earth from angular distances of 104 to 140 degrees from a given earthquake that does not receive any direct P waves. The study of dissimilar events reveals that for every earthquake, them exists an overall dissimilar shadow zone. Figure (a) and (b) show the shadow zones of P and S-waves. It was observed that seismographs located at any detachment within 105° from the epicentre, recorded the entrance of both P and S-waves. 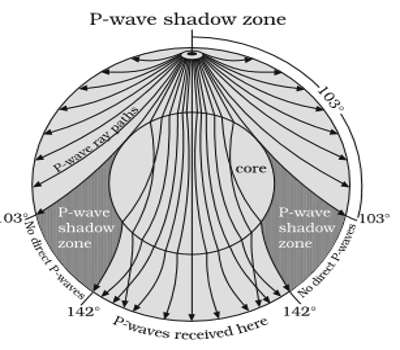 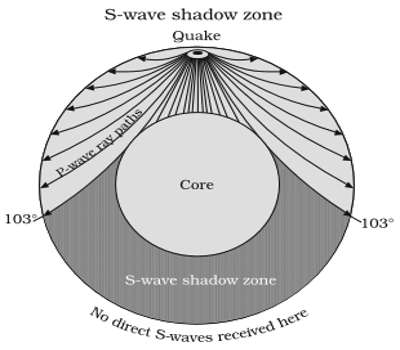