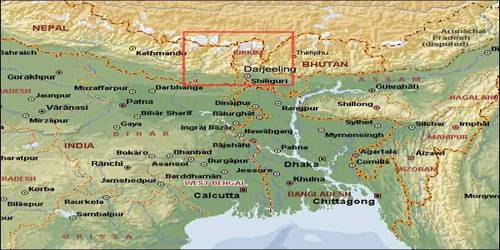 The Darjeeling and Sikkim Himalayas

Darjeeling Himalaya is the mountainous area on the North-Western side of the state of West Bengal in India. This region belongs to the Eastern Himalaya range. They are flanked by Nepal Himalayas in the west and Bhutan Himalayas in the cast. It is relatively small but is a most significant part of the Himalayas. Known for its fast-flowing rivers such as Tista, it is a region of high mountain peaks like Kanchenjunga (Kanchengiri) and deep valleys. The higher reaches of this region are inhabited by Lepcha tribes while the southern part, particularly the Darjeeling Himalayas, has a mixed population of Nepalis, Bengalis, and tribals from Central India. The British, taking advantage of the physical conditions such as moderate slope, thick soil cover with high organic content, well-distributed rainfall throughout the year and mild winters, introduced tea plantations in this region. 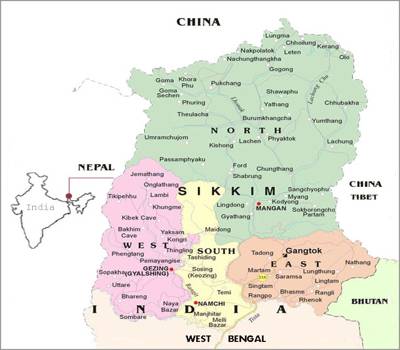 As compared to the other sections of the Himalayas, these along with the Arunachal Himalayas are conspicuous by the absence of the Shiwalik formations. In place of the Shiwaliks here, the ‘duar formations’ are important, which have also been used for the development of tea gardens. Sikkim and Darjiling Himalayas are also known for their scenic beauty and rich flora and fauna, particularly various types of orchids.

Comparison between the Himalayan and the Peninsular River