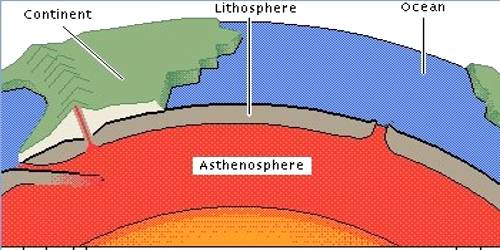 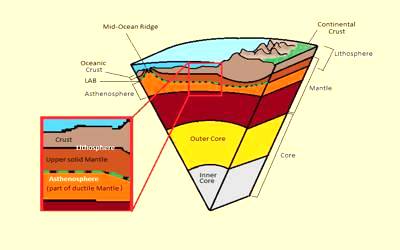 It is almost solid, although some of its regions could be molten (e.g., below mid-ocean ridges). The lower border of the asthenosphere is not well defined. The depth of the asthenosphere depends mostly on the temperature. The temperature is supposed to be between 300 and 500 degrees Celsius. By contrast, the inner core of the earth reaches 7000 degrees Celsius and is in fact solid.