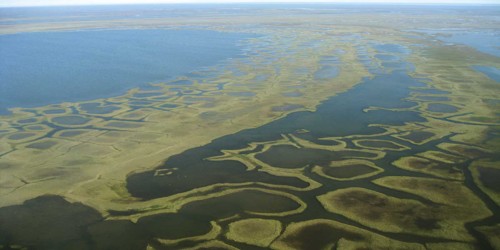 Coastal Plain: It is a horizontal low lying ground between the coast and upper ground inland. A coastal plain is horizontal, low-lying land adjacent to a seacoast. The coastal plain forms a belt of sundry continental and nautical sediments that flank the sea. One of the world’s biggest coastal plains is situated in the eastern United States. The Gulf Coastal Plain of North America extends northwards from the Gulf of Mexico along the Lower Mississippi River to the Ohio River, which is a distance of about 500 miles (800 km). The Coastal Plain is a terraced landscape that stair-steps down towards the coast and to the main rivers. The ‘steps’ are topographic scarps that formed as earliest shorelines, and the ‘treads’ are developing bay and river bottoms. 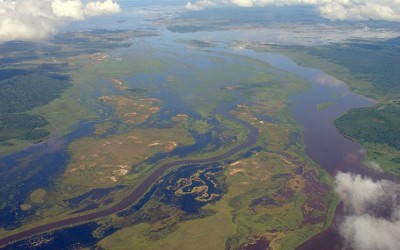